10 Reasons Why I’m Waiting to Buy a New iPad 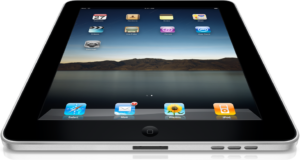 As everyone around the world knows, the iPad is here and its received mostly positive reviews. I love all things Apple and I’m sure I would use the iPad all the time. I wanted to rush out and buy one immediately. Actually I wanted to order it the moment that it became available to order. But I didn’t. And here’s why.

So unless I come into a lot of extra cash or win an iPad, I’ll probably be waiting for the next generation. It won’t be easy, but I’ll try to be strong.