Archive for backup and restore 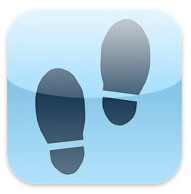 Does your screen suddenly stay locked in the portrait position? Does your “iSteps” pedometer app suddenly stop working? If you’re lucky enough to have the new iPhone 4 running iOS4 you may have noticed this new issue after starting and stopping iSteps.

Although I love my new iPhone I was disappointed that, for the moment, pedometer apps do not run in the background. At best you can play music in the background while using the pedometer app. My biggest issue, aside from the left-handed antenna glitch, was that after starting and then stopping my pedometer my phone was stuck in the portrait position and wouldn’t change to landscape unless I restarted. And the pedometer stopped working.

After several calls to Apple, trying to figure out why my phone would lock up in the portrait position, without manually turning this feature on, I was instructed to reinstall the operating system and load everything from scratch. And if this didn’t work I was going to have to bring the phone in to Apple for repair or replacement.

By this time I was fairly convinced that the iSteps pedometer app was causing the problem since it was not updated to iOS4. I backed up my iPhone, did the reinstall and lost all my folders, data and passwords.

Before I started the long process of reconfiguring everything and entering all my data, I ran the iSteps app and what do you know, my iPhone was stuck in the portrait position and the app no longer worked after I quit it and restarted it.

So I deleted the app, restarted the iPhone and no problem. So I restored my backup giving me everything I had before I wiped it clean. I found a new “All-In” Pedometer, and haven’t had a problem since.

The lesson here is, back up your iPhone regularly and if you have an iOS operating issue and suspect it’s related to an app, delete the app and check again for the problem.

Update: iSteps has recently updated their app to be iOS4 compatible.