Archive for save money

I want to thank AT&T for saving me from myself. After much media hype I was anxiously waiting for the release of a new iPhone 3G S. Prior to this big announcement I was perfectly happy with my current iPhone 3G. I love it and use it constantly. Perhaps I’m a little addicted to its many virtues. But it’s almost a year old. That’s like 7 human years. I just can’t resist a new iPhone with a 3 megapixel camera, auto focus, compass and video capabilities. I wanted it.

Just because I hardly ever use my current iPhone camera and I probably would never shoot video, I still wanted the new phone. Mainly because it’s newer and faster. How could any Apple geek refuse. The hard part was justifying spending another $199 to upgrade to the new iPhone when my current model was so new.

AT&T fixed all that. Because my 2 year contract is not up until next April I would have to pay at least $599 for a shiny new iPhone 3G S (16 gb) plus $18 upgrade fee. So now I really love my current iPhone even more.

And the best part is, by the time my contract is up next year, a newer, shinier, faster and better iPhone will most assuredly be in the works for summer 2010 release. Who knows, maybe by then Verizon will also offer the new iPhone. And that gives me more options to choose from!

So thank you AT&T. I look forward to next year.

While I heard about VOIP, I had no idea how much money I could save by moving my phone line(s) to Vonage.

It all began with the plan to move my business to my brand new home office. Much to my dismay, I discovered that Verizon is unable to let me keep my current phone number and would charge an additional $21 per month fee just to forward it to a new number. It seemed expensive to pay almost $250 a year just to transfer a number. And if I don’t transfer it, people will think I’ve gone out of business. That’s the number in all my ads, both online and in yellow page directories as well as the local Easy Reader. Changing the number is not a preferred option.

Along came Vonage and I discovered I don’t have to change my number. They can transfer it to their system. And with their $49.99 unlimited monthly business plan I get a free fax number. And I can keep my current fax number too. (Who uses faxes now-adays?) With free call waiting, forwarding and voicemail as well as caller ID and unlimited long distance calls (all extra with Verizon) I can save a lot of money!

Now all I have to do is install Vonage after I get the equipment. By the way, this is not a plug for Vonage, yet. 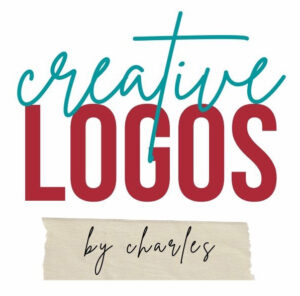